Poppy wove around Boheme's stratagem, adroitly deflecting the blow with a flick of her wrist. Boheme had almost overextended themself, but quickly drew back to protect their body.

"We can end this now," Poppy shouted above the falling rain and the hissing blades, pivoting on her back foot and angling her body to defend. "I won't kill you and I have no real desire to die tonight."

Boheme remained silent, shaking their raven curls out of their eyes as they became heavy with rainfall. They lunged again, no longer looking to unbalance Poppy on her weak ankle but attempting to slice at the skin they could see: her neck. The country was waiting. Maman was waiting. There was no way this blonde vipe was going to get in the way of their dreams, no matter how much she insisted.

"You're an artist with the blade," Poppy said, voice still raised to combat the intrusive ambient noise. "Tell me your name."

"I'd better be. I've spent more years than you've been alive training to be the best."

Poppy took a hit on her left arm, her dominant arm, igniting the edge of Boheme's Lapis blade a virulent red. She started and dropped her blade as the pain spread from her forearm to her shoulder. The blade itself hadn't connected with tissue but might have dislocated her shoulder in one swift motion. Boheme might not be as fast as Poppy, but they were exceptionally strong.

Boheme faltered for a moment as Poppy fought to hide the pain she was in. That wasn't like them at all. They dropped back to a neutral stance, neither defending nor attacking – simply existing with the blade in this moment. Poppy mirrored, switching to her non-dominant hand to mitigate the pain in her shoulder.

"I'm Boheme, since we're being all professional." Boheme said, slowly circling the balcony's lengthy perimeter. "How old are you anyway? You can't be more than a handful and a half."

Poppy gracefully stalked the opposite side of the balcony, the rain running in rivulets down the soft features of her face.

Not a baby vipe, Boheme realized. My age. She must be rich. Only spoiled rich kids looked this young this close to their thirties.

Societal castes created power structures that only the rich could penetrate while the poor watched on in horror-struck awe. Access to preventative healthcare, fruits and vegetables, holistic education, and clean air meant that the aging process was slowed for those with means. Though Boheme and Poppy were around the same age, Poppy looked a decade younger.

Boheme, whose home was at the heel of a skyscraper and half-drowned in pollution, would often look in the mirror and scarcely recognize who they were. It wasn't even just about the eyebags, the limp hair, or even the pallor to their skin. It was the glassiness in their deep brown eyes. It was the absence of self and soul that ate away at their exterior while hollowing out their insides. The only time that Boheme could eat anything fresh and clean was when they went north to the orchards and lakes for a weekend in the late summer. Otherwise, it was mangy bodega food and whatever they could find at grocery co-ops in wealthier neighbourhoods… if they were let in. Maman was usually pretty good at charming anyone, so their struggles were fewer, but not nothing.

"If you're that rich, why train at all?" Boheme pressed. "Why are you still out here to doing a rich bâtard's dirty work when you could be paying someone yourself?"

Poppy lunged low, aiming for incapacitation. She didn't owe this person anything. Beyond fulfilling the Overture, all she cared about was getting out of the rain. The weird attention to her age didn't serve anything beyond making her angry and Poppy had no interest in feeling her feelings in this moment (or any other moment, really). The wind was picking up, tossing Boheme's tight curls and tightly plastering Poppy's blonde hair the nape of her neck. If the two masters didn't kill each other, the wind whipping them both towards the balcony's edges just might.

"I don't owe you an explanation for my life," Poppy shouted above the wind.

Boheme crooked a curious eyebrow before rolling away from yet another of Poppy's lunges. Visibility was starting to become an issue as the rain continued to beat them both down. Poppy struggled to see more than a handful of paces in front of her, while Boheme was trying, and failing, to keep their curls out of their eyes. They ducked out of Poppy's line of sight, slipping into shadows and silence. Poppy's heart, already pounding from exertion, began to beat faster. While she had the superior form and was far faster, they had more power and greater reach. If they caught her by surprise, they had a real chance of killing her.

A duel had rules, of course, but utilizing terrain, cover, and environment was well within their rights to exercise. Poppy whirled around, looking for any sign of Boheme in the crushing rain and opaque shadows cast by the building the balcony was hugging. The rain was too loud and the wind too ferocious for her to do more than strafe in a tight circle, keeping her flank protected by the balcony's stubby railing.

Boheme was weighing their options. They were rattling Poppy's resolve, which would make it easier for them to get the drop on her. Poppy outmatched them technically and they knew it. The only way to kill her was going to be to catch her by surprise. Her training was going to make that exceptionally difficult and they needed every advantage to ensure success. For Maman. Boheme couldn't fail. It wasn't an option, no matter what kind of bad taste this duel was leaving in their mouth.

"You're an artist, Boheme," Poppy said, still fighting to be heard above the rain. "I'd be reluctant to kill you even if I had been instructed to. But artists don't fight in the shadows. We face each other."

She paused, her features dappled in the ambience of the city.

"Face me. If I'm going to die tonight, then let it be face-to-face."

Boheme wasn't easily baited. They weren't eager to give away their position just yet, not when they had the upper-hand for the first time in this fight. If they gave away their position now, the girl – no, the woman – would likely be inclined to disarm them and potentially cripple their ability to finish the fight. Without this money, Boheme would be trapped in this life again without an exit strategy. They might not be able to secure any additional Overtures, which would mean that they would have to sell their Lapis and get ready for a life of packing boxes and wrangling drones for delivery.

They shuddered, shrinking back a little more into the shadows.

Poppy was becoming impatient. Impatience might have made her a sloppy fighter in her younger years, but there was something different about this Overture. She had no idea why her benefactor would want her to spare Boheme and that question was beginning to chip away at her resolve.

Boheme was no more likely to surrender to defeat than she would have been even six months ago. But now? In the wake of her mother's death, the worst case scenario didn't really exist. She was at a point in her career – if one could even call it that – where she had nothing left to lose. She had no family to speak of anymore, no friends that had stuck around past secondary school, and no real prospects at a happy life. If Boheme killed her on this balcony, would that be such a poor ending to such an empty life?

The money didn't really matter to her. She had no one to spend it on and nothing that she truly wished to have. Perhaps she could convince them to entertain a split. Poppy could bring Boheme in and give them half of what she earned, the equivalent of a olden-day boxer taking a dive for money. It was worth a shot.

"What are they paying you?" Poppy said. "If this is your last fight, then killing me must fetch a hefty price."

"We don't belong to ourselves," Poppy continued. "We're merely avatars of avarice, power. Whatever they say."

She paused to trace a gentle arc on the cement in front of her, elegantly scorching a pattern at her feet. Poppy's listlessness had bubbled to the surface.

"Perhaps our benefactors are rivals, or even lovers whose relationship might have soured. My benefactor doesn't want you to die, yours clearly does. But we can compromise here, Boheme. I know you want out of this life. I honestly have no real attachment to life either way, but I do have a reputation uphold. We can both get what we want here. But I need you to trust me… and I need to trust you not to kill me."

Boheme crouched, blade across their lap, leaning into their haunches. Poppy had made a good point: they did want out, so not completing their Overture was only a risk if they didn't receive compensation. Their reputation wouldn't matter after tonight. The only thing that mattered was the money. If Poppy could give them a guarantee to receive that money upon receipt, then what would it matter that they hadn't fulfilled their side?

Or maybe she's fucking with you. Maybe that's the point, you idiot. Are you really going to take that chance? 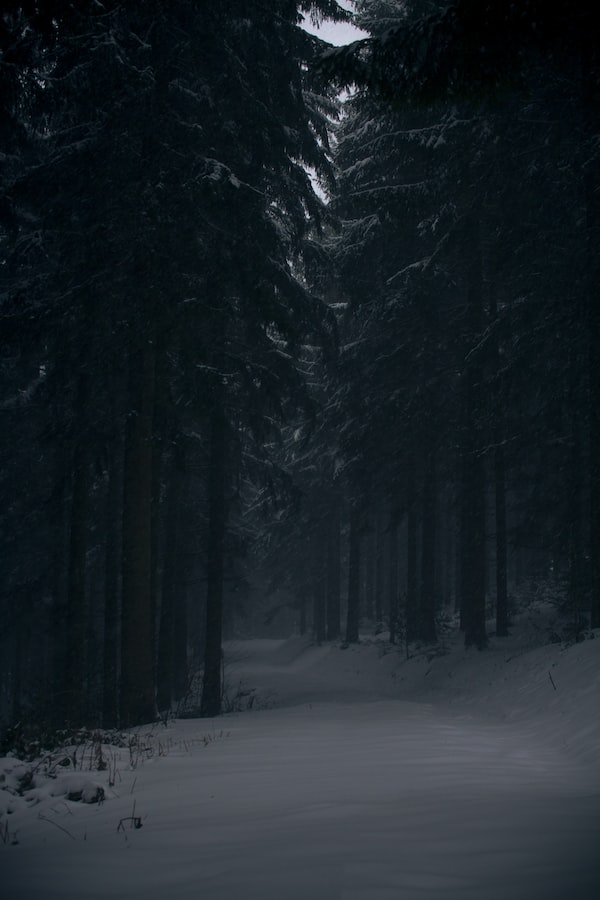 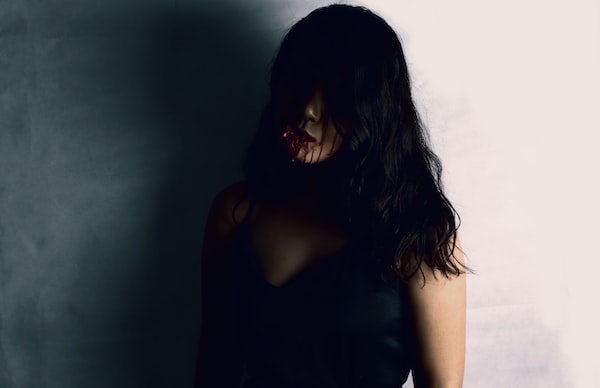 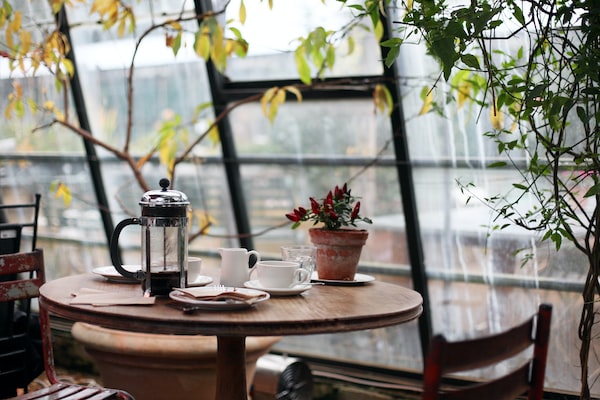